The Conspiracy of the Appliances 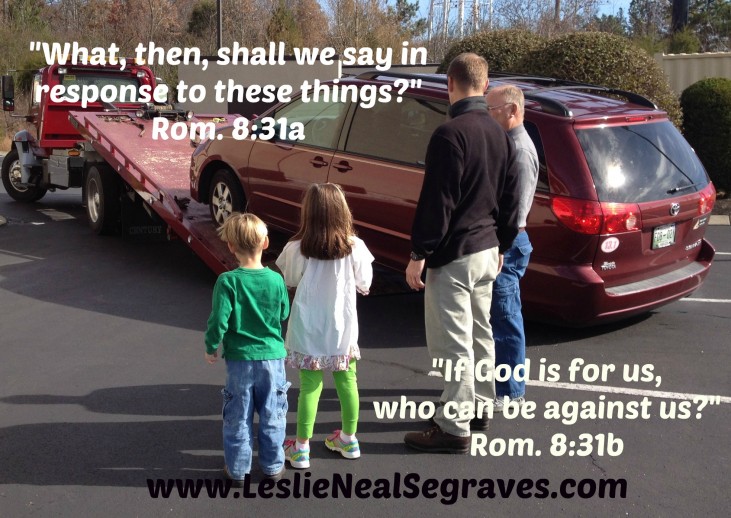 On our way to C’s house for Thanksgiving, our car broke. We had to spend the night in a hotel waiting for the tow truck. Before the end of the year, our dishwasher breathed its last, a toilet broke, a sink broke, and a tub broke.

Right after the New Year, while washing clothes, we heard a loud noise and yes, our washing machine joined the pile of broken appliances.

Literally we think the appliances are talking to one another: “Ready, let’s break! Let’s see what they do next? Hahahaha…” Okay, maybe not, but has this ever happened to you?

With every broken appliance, our pulse quickens and our mind begins its mental calculator. With adoption bills due soon, increased medical bills on the horizon in 2015 for a cleft lip and palate, and reduced salary (I am moving to part-time for a period of time to move my family through the transition of adoption); the additional costs just don’t seem helpful.

We don’t know if it is spiritual warfare, Murphy’s Law, or just random events, but the conspiracy of the talking appliances can be discouraging! I caught myself remembering Paul’s words in Romans 8:31, “What, then, shall we say in response to these things? If God is for us, who can be against us?” Satan wants nothing more than for us to question God’s presence in our lives. But present God remains.

In the midst of the broken washing machine ordeal, Chad stopped by the office. I mentioned in passing from one office to the next, “I can’t believe the washing machine is broken and we had to pay $87 to discover it can’t be fixed.”

L: I croak, “A new washing machine? How much did it cost?”

Red flags pop up; Chad has just bought a used washing machine that may not even work!

My pulse picks up. What has he done? Calmly C says, “I just see it this way. God provided!”

I know the test of a multitude of broken appliances is so small in the world compared to what many people are dealing with. But in our own little world with an $81 purchase, it felt like God reached down and said, “Here you go. Go buy that washer. I am here with you. I see it all.”

Yes, and since that time, God saw the brand new dishwasher that broke and had to be fixed. And he saw my flat tire as I drove home late one night from the office. That night as we stared at the flat tire, we laughed and said, “Has the appliance conspiracy saga now mutated to include vehicles?”

If you are also enduring some various levels of challenges, Paul’s words may encourage you too. “If God is for us, who can be against us?”  Because of God’s love, we are more than conquerors (Romans 8:37). Nothing can separate us from God’s love! Nothing! Broken appliances, wayward children, challenging marriages, and more – God is with us!

I would love to hear how you are experiencing God’s presence – despite difficulties within your life.