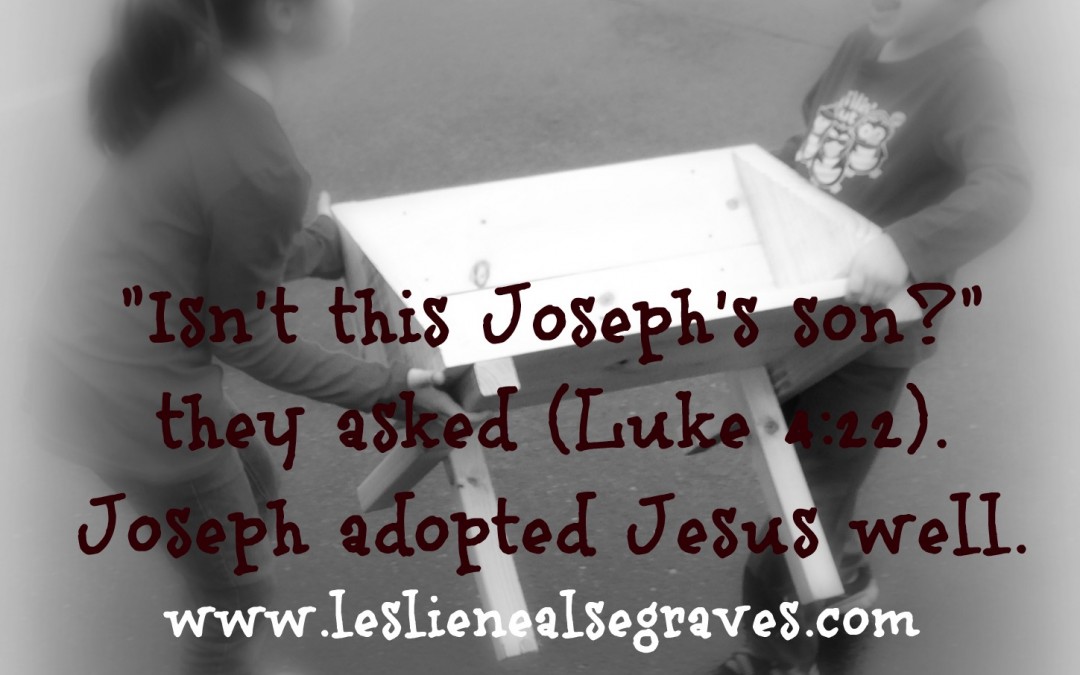 Ecclesiastes 11:4 says, “Whoever watches the sun will not plant; whoever looks at the clouds will not reap.” This verse challenges us every time we seek direction.  God uses this verse to refine us and remind us that perfect conditions never exist for moving forward in faith.

As we’ve journeyed through life, it seems that peace in decisions comes after decisions are made, not before we sign on the dotted line. It’s not called faith for nothing!

Confusion and questions about adoption swarmed through our minds – finances, travel schedules, medical issues, attachment, our nation losing its heritage and increased global problems which made our careers tougher and more dangerous, our careers that were serving others among the unreached (would that be effected if we adopted), living with no regrets, discipleship of our other kids, education expenses, and more.  Much. Much. More.

But in 2012, as we pondered adoption, in the midst of our clutter and confusion, God told us three words. Simple, still, profound words.  Joseph adopted Jesus. It’s like Jesus was saying, “I was adopted. Joseph adopted me.”

Joseph’s part of the Christmas story is not some passive response to the news that Mary was heavy with child.  Not some “Oh well, this is the modern family, sure, I’ll claim him as my own.” In a day of incredible difficulty and danger, Joseph took a step of decision, risked shame and claimed Jesus as his very own.  Luke 4:22 states the people asked, “Isn’t this Joseph’s son?”  That verse teaches us much.  Joseph adopted Jesus well, fully embraced Jesus as his very own son.

Jesus came not only as a baby boy born to an unwed teenager, but he also came as a child in need of adoption.  Joseph rose to the occasion and actively received and chose Jesus as his son.

As we move towards the fulfillment of Advent- the coming of Jesus Christ, we ponder Joseph.  When Joseph resolved to take Mary as his wife, despite her pregnant condition, he also chose to take Jesus.  He entered into Mary’s ridicule and for the sake of not only her, and not only the vulnerable Baby Jesus, but for the sake of God’s mission in the world, Joseph adopted Jesus.  From the moment Joseph chose to receive Jesus as his son, even before he was born, Joseph became a dad.  The fulfillment of that commitment occurred when Jesus came squirming and crying and slippery into the world.

The story of Christmas, pregnant with amazing depth and multiple lessons, is a story of adoption.  Adoption is not a second choice.  Adoption is God’s first and only choice for redeeming the world for those who believe.  And he initiated that process through His own son being actively adopted into a family on earth by his adoptive dad Joseph.

The timing in the present for Joseph and Mary may not have felt “ideal”, but behind the scenes God works out the details with precision and honors every act of faith.