Working Together with Purpose 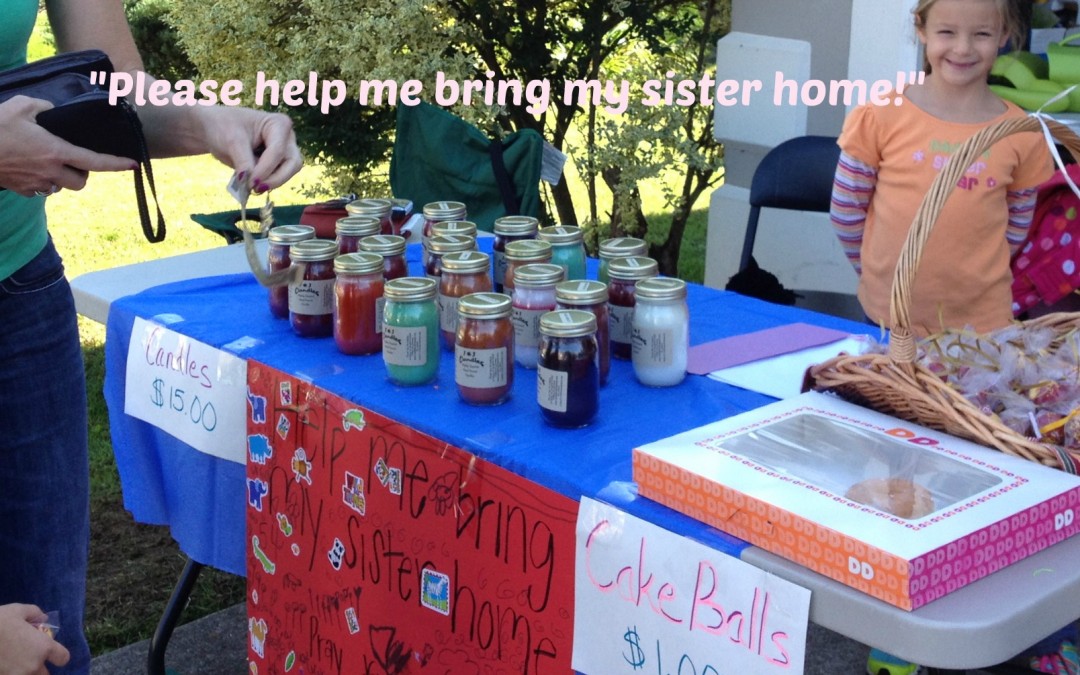 As soon as our paperwork began its journey to China, we knew we had around 1 year to raise our funds. So we decided to host a garage sale on October 24-25. We had NO idea that we would be hosting the garage sale that we would have that week received a referral and made a decision. It added so much intimacy and excitement to the event.

Some of the cool events:

Some of the not-so-cool events:

As a family we enjoyed our work together for a high purpose – bringing our daughter and sister home!