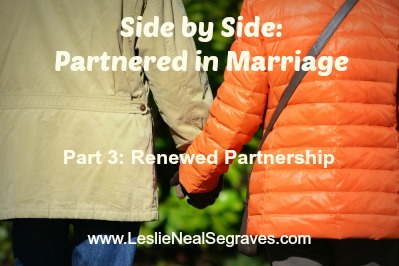 I will never forget praying among the millions of Hindu pilgrims in India who journeyed to Allahabad during the Maha Kumbh Mela. Millions came to dip in the Ganges River, hoping and trusting to have their sins washed away. They chant, “Behold the Mother Ganga who takes away the sins of the world.” I shutter every time I remember how Satan seeks to steal glory from the Lamb of God who truly takes away the sin of the world!

We saw a wet young teenage boy who had just dipped for salvation. We began a conversation with him and asked if he felt he had acquired salvation. With bitterness pronouncing each word, he spat out, “What’s the use? I dip but immediately I do something wrong again. I feel it is hopeless.”

Seeking to live restored lives IS hopeless without Almighty God’s supreme act that restores, redeems, and renews all things. Sin controls each human. Each human requires a Savior and Jesus’ spilled blood provides hope for us all – if we choose to receive His sacrifice. Jesus’ literal broken body in his crucifixion and gloriously raised body in his resurrection paves a new way for all areas of life – including a new path for relationships.

God created the ideal family as recorded in Genesis 1-2, giving both male and female mutual blessings and responsibilities. Male and female –  the two became one, a beautiful reflection of the image of God. In Genesis 3, harmony shattered as sin entered the world. The relationship between the man and woman became one of inequality and of disunity. However, though Jesus’ sacrifice, God restores the possibility of males and females to again live in harmonious community as they share blessings and responsibilities once again. But practically living out this redeemed status does not occur automatically. It requires both male and female to follow Christ by laying their lives down.

As we move into the Redeemed Family, I will share a few posts about what it looks like to live with a life laid down. Again, these are simply highlights as the teaching in these areas could take hours and pages to communicate. In 1998, my husband and I applied to a mission agency. On the application, we stated we mutually love, honor, serve, submit, and respect one another in marriage. We expressed that we sought to bring God glory by working as a unified team since Jesus prayed for unity in John 17.

Who knew that these were dangerous words that raised red flags? Oh, but they did indeed! Our desire to both respect and submit to one another threw us into the lion’s den! When we had our interview with this agency, the men questioned me (not Chad) about every difficult passage in the Bible about women (there are about six). Though only twenty-four years old, God enabled me to answer each question in a way that I believe expressed the redemptive intent of God in the Scriptures but also with an attitude that pleased Christ (God really likes dependent attitudes on him! I was young and felt like I had a telephone line connecting me to God.  “Lord, they are moving to 1 Timothy – help!”).

After a few hours, near the end of the interview, I silently told God I felt exhausted and didn’t think I could last much longer. God’s presence encouraged me with the most profound peace, and I heard deep in my spirit, “Thank you. You are speaking on behalf of my crucifixion and resurrection. Keep going.” Did you catch that? God encouraged me to speak about these difficult passages in relation to the impact His cross and resurrection made on relationships! I had never thought these words so clearly before, but they have impacted me ever since. Jesus’ death and resurrection can and should effect every aspect of our lives – including our relationships.

Jesus laid his life down to renew, restore, and redeem. As Jesus’ followers, we too must live lives laid down.

In 2010, Chad and I spoke at the Third Lausanne Congress on World Evangelization in Cape Town, South Africa about the power of unity across denominations, generations, and genders. To conclude this post, I want to share two portions of this talk here in written form. It speaks about how Chad as a man and I as a woman must lay our lives down in order to work against the Fall and live out what Jesus accomplished through His broken body. It’s in regard to using one’s gifts and empowering others to use their gifts, regardless of gender. But it catches the essence of how we must each work against the Fall. To hear the talk, click here.

Chad – As a man, I have learned that I work against the Fall when I seek to empower my wife and my sisters in the Body of Christ to use EVERY gift God has given them, including gifts of teaching, preaching, and leading. It requires humility and a willingness to die to myself, to share power, and to give power away. Yet, I have learned that it’s not about maintaining my own authority, my status, or my position. Rather it’s about Jesus and multiplying His workers for His Mission.

Leslie – As a woman, I have learned that I work against the Fall when I use every spiritual gift and natural talent God has given me. It requires humility and a willingness to die to myself, to step up in a church culture that often prefers my brothers. I have learned that I cannot hide behind my children or others’ restrictions as an excuse for my disobedience to the One who gives all gifts. As an ambassador and priest in Christ’s kingdom, I must obey Christ and resume my responsibility to share dominion of the earth with my male co-workers. It’s about Jesus and His Mission.

If we follow Christ, we follow the One who was both brutally crucified and the one who was gloriously resurrected. As the Redeemer, he makes all things new. But this “making new” requires the death (the crucifixion) of our worldviews, our traditions, our actions, and our self-centered desires one by one. And through these deaths, He raises us up to new life to live out His kingdom on earth.

Join the Conversation: How do you practically live out the redeemed family at home and/or at church? Has anything (a mindset, others’ comments, traditions, etc.) been particularly difficult to overcome?