Longing for the Whole Family 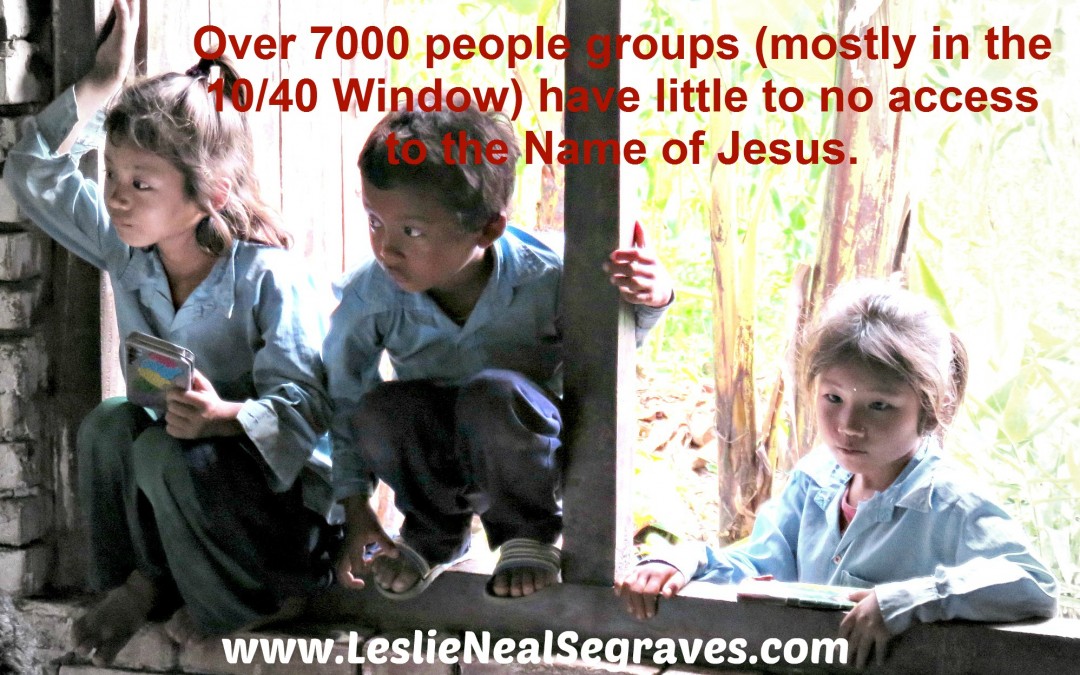 This week I have been at the Great Commission Mobilizer’s Summit in Thailand. I love these glimpses of heaven God gives me every now and then when I gather with people from multiple lands. To pray, worship and strategize with people from six different continents makes me excited!

A question many have asked over the past few days is, “How many children do you have?” I answer, “Four.” They look a little confused as they see only two children swarm around. “Uh, where are the other two?”

I then answer that one child lives with Jesus (because of a miscarriage) and another daughter lives in China whom we are adopting. Therefore, as my 7 year old says, “you have four kids but only two are with you now!”

Today at the conference I have been looking at my own longing for my whole family through the lens of Jesus. Every time I have a family photo, my heart thinks, “Only in heaven will my whole family be present.” As Jesus looks at the earth, he delights in those who believe and yet he remembers the “one lost sheep.”  Jesus longs deeply for the many still missing in his family.

But right now over 7,000 ethnic groups are missing from the family of God! Those 7,000 groups account for over 2 billion people who have little to no access to hearing the Name of Jesus and how they can become part of his family. God longs deeply for his family to be brought together with all peoples represented. God can say, “Well, I have children with me in over 9,000 ethnic groups. But I am missing children from over 7,000.”

One day in East Asia I spoke to a young woman on a track. As we communicated, the conversation turned and I had the opportunity to speak about Jesus. At one point, she became excited and said, “Wow! Recently a Chinese man told me about Jesus. He said, ‘Jesus must really want to know you because millions of Chinese have never heard his Name but now you have heard the Name of Jesus.’ But now I have heard that name again!” I responded, “Wow – Jesus has let you hear His name twice! He must really love you!

God really loves every person on earth. He wants his family to include peoples from every ethnic group, but so many remain missing. God gives every believer the responsibility to work with him to spread this news to all the earth.

A great resource to help you pray for all people groups to join the family of God can be found at www.ethne.net. Join the army of people praying, giving, going, and sending so that all God’s family shouts at the throne, “Salvation belongs to our God!”