Does Peace Proceed or Follow the Steps of Faith? 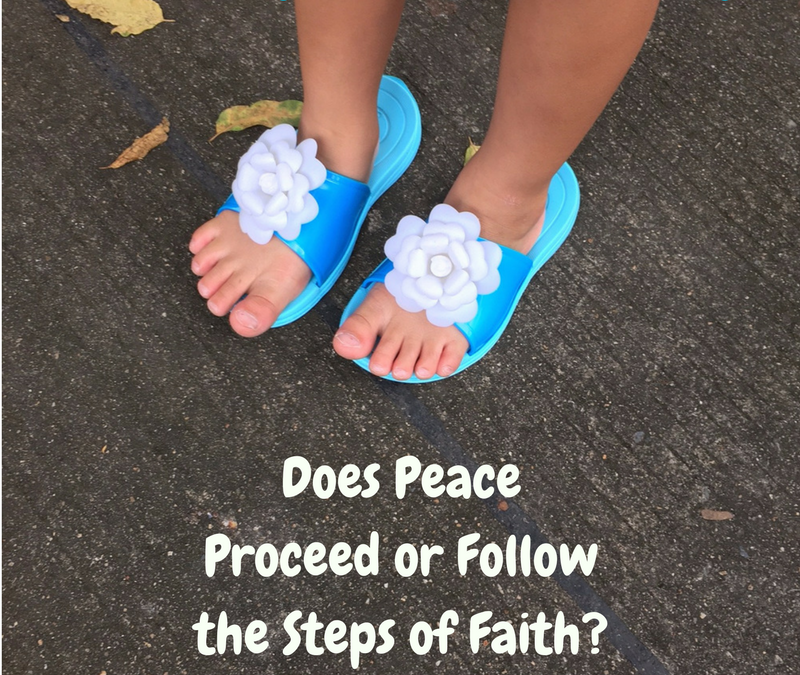 “You prepare a table before me…” The Good Shepherd knows what we need, how much we need, when we need it, and why.

Our youngest child’s speech issues caused us great concern as we thought about moving to Thailand. Will she learn to speak? Could we find what she needs? Were there speech therapists with cleft lip/palate experience? Yet, the urgency of the Gospel kept whispering to us: “Billions have no access to Jesus…. 86% of the world’s Muslims, Buddhists, and Hindus have never met a Christian… How can they believe if they are never told?” The whispers were loud. The needs of Phoebe were loud. Though our organization is working in several 10/40 nations, the whispers of God beckoned us to still deeper engagement.  God’s dream won, as it always should. That’s what Matthew 6:33 indicates, “Seek first the kingdom of God and all these other things will be added to you.” Deep down I thought about Phoebe, “Well, I’ll live in Thailand, but I may have to become her main speech therapist.” (and yes, there were tears thinking of that – she deserves and needs MUCH MORE than me for her therapy!)

Upon preparation to move to Thailand, we found ourselves telling God a lot, “Phoebe is yours, Jesus. She’s yours.” And the Good Shepherd has not let either us or Phoebe down. Rather, He has prepared a table for Phoebe – all within reach. At one of the few videos we have of Phoebe before adoption, they have her at a table, and she is reaching out for everything. They kept pushing things away from her inquiring little hands! I think God has been looking at the table in Thailand prepared for Phoebe with a grin on His face as we and little Phoebe have reached and grabbed very good gifts for our Phoebe – God’s Phoebe.

And God wants to do the same for all of us. But it’s often the step of faith that God requires first before we see some of the blessings laid out on His table.

The other day in prayer time with believers from several nations, we prayed that the Thai believers here would hear God’s voice and immediately obey (Thailand is over 99% lost) and discover the Good Shepherd capable to care for them in their bold pursuits to live for Christ as a minority. As we prayed, an image flashed through my mind of Jesus holding my Phoebe – caring diligently for each of her needs. Her needs are being met in Thailand beyond our wildest imagination. But we never would have known without that first, second, third and several steps of faith it took to finally arrive.

Within 3 weeks of being here:

The Good Shepherd has not let us down. He has prepared a full table of gifts. He knew of the gifts He had prepared before we got on the plane. He did not tell us before our steps of faith. The deep, abiding sense of peace came upon arriving and starting to live in a land that desperately needs Jesus.

Walking by faith is just that. We don’t see beyond the road’s next curve. We don’t see what is just over the hill. We don’t know how all things might work out. But that’s okay. We know who holds our hand, and yours – The Good Shepherd. 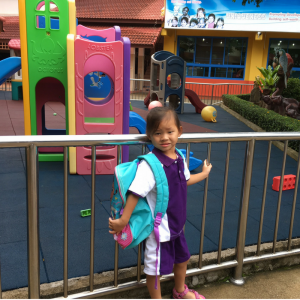 In the Bible, people are not rewarded for walking in knowledge, nor does “inner peace” necessarily come before taking action. Often knowledge and peace come after the steps of faith have been taken. God’s people act in partnership with God. God shares His vision and His dream – every individual in every people group in every nation having access to His hope, His voice, His salvation, and His leadership. And those seeking to know God abide in His presence and hear His question, His voice still calling out, “Who will go for us?” Following God is simply hearing the question (amazing how God often leads by questions) and His people responding, “Here I am.” (notice I didn’t say that those called hear. Each of us called to salvation are called to His mission for the world.)

To complete God’s mission on earth, He needs all of us in His presence, hearing His voice, and responding in obedience.

What does God have on your banquet table, that you will only experience once you take a step of faith? Live a life of faith – not waiting for the specific directions, not holding off until you feel peace, not rationalizing about why something won’t work. Hear Him. Believe Him. Respond to Him.

When you see God meeting your needs (notice I didn’t say each and every desire) and revealing His attention to details in your life, the evidence of a Good Shepherd walking beside you becomes more evident. Remember that the banquet table of peace and answered prayer usually comes after steps of faith are taken.

As you take steps of faith, look for that banquet table prepared by the Good Shepherd for your delight. As you feast, God uses your life of faith to not only nourish your own soul, but the souls of others as well. An abundant life starts with those first steps of faith. The Good Shepherd won’t let you down.